Column: You go, Joe! Thank heavens the president is standing up for science, public health and vaccines

How refreshing to see a defiant President Biden invite Republicans to “have at it” over his aggressive new plan to make sure most Americans are vaccinated against COVID-19. Thursday, he announced that private-sector businesses with more than 100 employees must make sure their workers are fully vaccinated or be tested each week before coming to work.

The order, which also applies to healthcare workers, federal contractors and most federal workers, is expected to affect more than 80 million American adults who remain unvaccinated.

It’s about time we had a president who stood up unapologetically for science and the public health, and against those selfish, reflexively anti-communitarian conservatives who think that inoculating themselves against a deadly new virus represents a horrendous trampling of their personal freedoms.

Republican governors are already foaming at the mouth to sue Biden for what they see as unconstitutional overreach. They were already worked up over his

MEMPHIS, Tenn. –Some good news going into the weekend: The number of COVID patients hospitalized in Shelby County has finally started to drop.

The University of Tennessee Health Science Center just released its weekly report on hospitalizations in Shelby County. The number fell every day this week.

There are about 650 COVID patients that are currently being treated at hospitals in Shelby county. That’s still very high, but an improvement over a week ago when more than 700 patents were being treated.

Dr. Sandy Arnold, division chief of Pediatric Infectious Diseases at Le Bonheur and a professor at the University of Tennessee Health Science Center, says hospital admissions do appear to be going down at Le Bonheur. Le Bonheur had reached a peak of pediatric cases in the range of about 33 cases per day a couple of weeks ago to just

For Immediate Release:
September 09, 2021
Statement From:

The following is attributed to Acting FDA Commissioner Janet Woodcock, M.D., and Mitch Zeller, J.D., director of the FDA’s Center for Tobacco Products

On this day last year, the U.S. Food and Drug Administration faced the unprecedented task of reviewing applications for over 6.5 million “deemed” new tobacco products – many of which were already on the market. A majority of the applications submitted by a court-ordered deadline of Sept. 9, 2020, were for electronic nicotine delivery systems (ENDS) products, such as e-cigarettes and e-liquids, which had never been through the FDA review process.

We’ve made significant progress in the months since, working diligently to better understand these products and, as of today, taking action on about 93% of

Experts on WHO team say search for COVID origins has stalled

LONDON (AP) — The international scientists dispatched to China by the World Health Organization to find out where the coronavirus came from said Wednesday the search has stalled and warned that the window of opportunity for solving the mystery is “closing fast.”

Meanwhile, a U.S. intelligence review ordered up by President Joe Biden proved inconclusive about the virus’s origin, including whether it jumped from an animal to a human or escaped from a Chinese lab, The Washington Post reported Wednesday.

In a commentary published in the journal Nature, the WHO-recruited experts said the origins investigation is at “a critical juncture” requiring urgent collaboration but has instead come to a standstill. They noted among other things that Chinese officials are still reluctant to share some raw data, citing concerns over patient confidentiality.

Earlier this year, WHO sent a team of experts to Wuhan, where the first human COVID-19 cases were detected

You have already invested a great deal in your education make sure you are not the one being left behind by taking a few minutes to research Online PhD programs.

public health degree what can you do 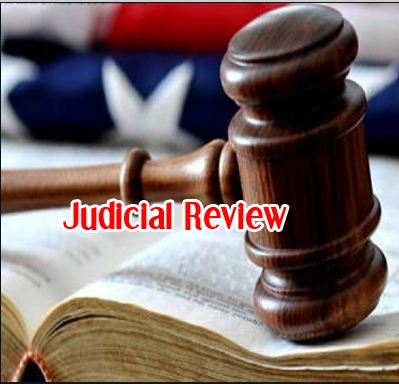 In the ever expanding and changing field of medical technology, there is always a need for clinical laboratory technologists. Thus the perception of death seems to be closely related to the perception of fear and although Freud would say that death instinct is only another manifestation of aggressive instincts and that we all have even an urge to die, the death fear is peculiarly complementary to the urge for death. In other words, we are all afraid of dying and at the same time even have an urge to die. Knowing that all life leads to death, the need to overcome this fear and embrace the reality of dying is the greatest challenge … Read the rest

The disconnect between Daniel’s gender identity and physical appearance, which was apparent to them around age 4, became unbearable during puberty. “I hated showers because I didn’t like looking at my body,” Daniel says. “I just felt really uncomfortable with the idea of being female.” At 13, Daniel came out to their mother as transgender, someone whose gender identity does not match the sex they were assigned at birth.

About a month after coming out, Daniel started seeing a therapist who specialized in gender identity. A year later they were referred to an endocrinologist, who prescribed the sex hormone testosterone. For Daniel, the most important effect was a deeper voice. “My biggest problem with getting misgendered was that my voice was really high,” Daniel says.

“PCC Health Sciences Dean Donna Neal envisioned the Health Sciences Scholars program as a way to engage local high school students with some of our health sciences curricula and help them prepare for entry to those programs, which often have special admissions requirements,” Walker said. “Students

The natural immune protection that develops after a SARS-CoV-2 infection offers considerably more of a shield against the Delta variant of the pandemic coronavirus than two doses of the Pfizer-BioNTech vaccine, according to a large Israeli study that some scientists wish came with a “Don’t try this at home” label. The newly released data show people who once had a SARS-CoV-2 infection were much less likely than never-infected, vaccinated people to get Delta, develop symptoms from it, or become hospitalized with serious COVID-19.

The study demonstrates the power of the human immune system, but infectious disease experts emphasized that this vaccine and others for COVID-19 nonetheless remain highly protective against severe disease and death. And they caution that intentional infection among unvaccinated people would be extremely risky. “What we don’t want people to say is: ‘All right, I should go out and get infected, I should have an infection party,’”

After Russell Jordan sent a stool sample through the mail to the microbiome company Viome, his idea of what he should eat shifted. The gym owner in Sacramento, California, had always consumed large quantities of leafy greens. But the results from the test—which sequenced and analyzed the microbes in a pea-sized stool sample—recommended he steer clear of spinach, kale, and broccoli.

“Things I’ve been eating for the better part of 30 years,” said Jordan, 31. “And it worked.” Soon, his mild indigestion subsided. He recommended the product to his girlfriend.

She took the test in late February, when the company—which sells its “Gut Intelligence” test for $129 and a more extensive “Health Intelligence” test, which requires a blood sample, for $199—began experiencing hiccups. Viome had promised results within four weeks once the sample arrived at a testing facility, but Jordan said his girlfriend has been waiting more than five months

CAPE CANAVERAL, Fla. — The next SpaceX resupply launch to the International Space Station, scheduled for Saturday (Aug. 28), will carry a bevy of science payloads to the astronauts living and working on the orbiting laboratory.

The robotic flight, called CRS-23, marks the 23rd mission for SpaceX under its commercial cargo resupply services contract with NASA. The launch is scheduled for 3:37 a.m. ED (0737 GMT) from NASA’s Kennedy Space Center in Florida, and you can watch the action live here at Space.com, courtesy of NASA. You can also watch directly via NASA TV or SpaceX.