Olivia Klassen’s face lights up when she talks about summer camp. She loves to do the scavenger hunt with her camp friends. She also loves paddleboarding, swimming in the lake and “kitchen raids.” But what she loves most is being surrounded by kids who, just like her, have Type 1 diabetes — which allows her to focus on having fun instead of being different.

This story also ran on The Washington Post. It can be republished for free.

“Camp is a top priority for me,” Klassen, 13, said of Camp Ho Mita Koda. “I don’t really feel the same without camp. That’s my second family, my home away from home. Being there makes me feel like a normal kid, because everyone is doing the same things I do.”

Camp Ho Mita Koda, in Newbury Township, Ohio, is one of about 300 American summer camps focused on people with special health concerns, including developmental disabilities or dietary and medical needs, said Colette Marquardt, executive director of the American Camp Association’s Illinois office. It is one of the few overnight special needs camps that remained in-person last year, and it will welcome campers again this year even though it could be months more before kids younger than 12 can be vaccinated against covid-19.

While mitigating the risk of covid infections at any of the country’s approximately 15,000 camps is a priority, it is an imperative for camps hosting people who might be at higher risk of serious illness, Marquardt said. Last summer, many medical camps developed “virtual camps” — often with care packages containing supplies for art projects and other camp activities — after organizers were unable to overcome logistical, equipment and staffing needs to operate in person safely.

Some medical camps will remain virtual this summer, while others are easing back into in-person activities with shortened overnight camps, day camps and family camps. Camp Ho Mita Koda, building off last summer, will offer weeklong overnight camps again this year with multiple layers of protocols in place.

The camp will again have fewer campers each session and will require physical distancing, covid testing and quarantining by staff members — most, if not all, of whom will have been vaccinated. Campers, who will be organized into small cabin cohorts that will stay together for the duration of the camp, will be required to wear masks when engaging with anyone outside their cohort. Masks will not be required while sleeping, eating, swimming or showering.

“Families and kids want and need camp,” said Ian Roberts, director at Camp Ho Mita Koda. “It is pretty evident with the number of registrations we see each week.”

Special needs camps commonly offer traditional activities such as swimming, zip lining, horseback riding and archery, but they also fill a powerful role for campers and their families, said Marquardt. A camper may be the only kid in their school who has diabetes or a food allergy or uses a wheelchair — which can feel isolating. But at camp, they are surrounded by people with the same or similar challenges. They also get a chance to experience independence and take part in activities they may have thought were off-limits before.

“It’s a place where the people who go to camp get to do the things they see other kids doing that they didn’t think they could do,” said Arbie Hemberger. Her 46-year-old daughter, Cindy, who has mild cerebral palsy, has attended an Easterseals camp in Nebraska since she was 6. 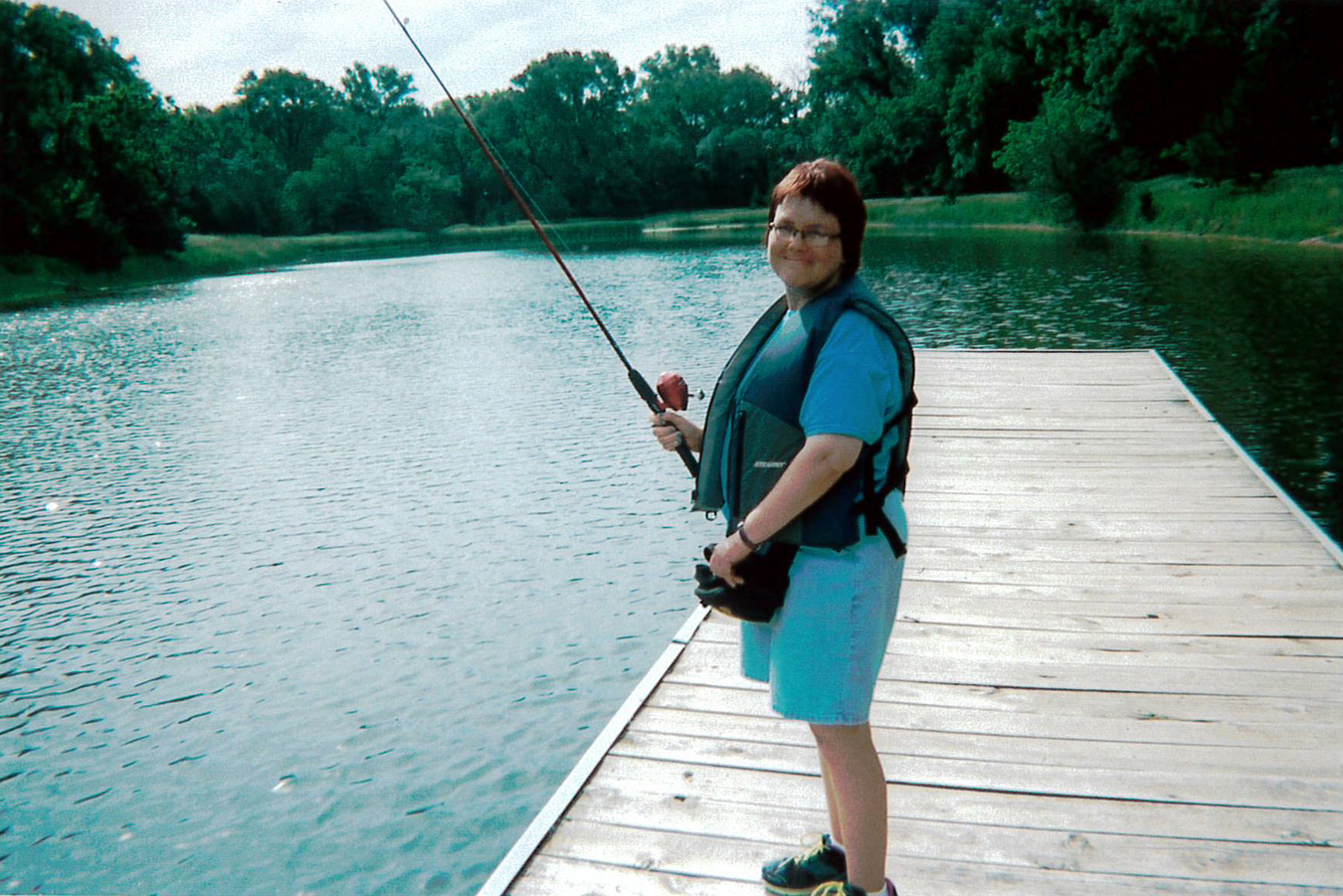 Because special needs camps have medical staffers on-site, they often provide a respite for parents who lack other caregivers for their kids. Hemberger, who lives in Nebraska, said she didn’t have anyone with whom she could easily leave her daughter when Cindy was young. So camp became the one week each year she and her husband could relax and take some time for themselves.

“You don’t have to worry about her because you know she’s with people who know what to do and are going to take good care of her,” she said.

While many of the traditional summer camps that offered in-person sessions last year operated safely by following guidelines from the American Camp Association, as well as rules from local and state health departments, there were exceptions.

For example, at a Wisconsin overnight camp for high school students, 76{380aeddbf14a84cd11c11cd488112056163e30cadda676ce0194921ef8f43b08} of students and staffers tested positive for covid after one camper developed symptoms. The camp had required negative tests prior to arrival. While staffers were required to wear masks, campers were not, and physical distancing was not observed in sleeping cabins.

“While there were definitely stories of camps that had outbreaks, most did not,” said Marquardt. With a year of experience, she said, camps are in an even better position to operate safely this year.

However, for some special needs camps, the risk remains too great — at least for this summer.

The American Diabetes Association’s 23 overnight and 20 day camps will remain virtual this year, with organizers hoping to return to in-person events next year. Michelle Foster, program director, said it was just too risky to operate so many camps across the country while navigating local coronavirus regulations and case rates, as well as securing enough equipment and personnel. Diabetes can be a complicating factor for covid.

Foster said she thinks the ADA will continue to offer at least some virtual camp options well into the future because they reach more people throughout the country — and abroad — who may not otherwise be able to attend.

This summer, Easterseals Nebraska will offer its virtual camp, but it also has developed a variety of in-person programs this year, including an overnight campout at the Omaha zoo, and “sampler camps” with two hours of activities, such as fishing or crafts.

Cindy Hemberger and her mom began registering her as soon as they got word she could attend a three-day day camp, in which campers will meet at a different location, like a zoo or state park, each day.

“It was fun to do it in virtual, but I wanted to do it in person,” Cindy said. “It’s important.”

Jami Biodrowski, the camp’s director, agreed. The camp has served people ranging in age from 5 to 86. Attendees include people of all abilities, including those who require wheelchairs or have autism or mental health challenges. In the past, some younger campers didn’t have special needs but were the siblings of campers, or their parents wanted them to spend time with people who have different needs.

Biodrowski said the isolation and lack of connection so many people have felt during the pandemic is what life is regularly like for many of her campers. And for them, the pandemic just exacerbated those issues.

“We knew we were important before, but man, now we really know,” she said.

In Ohio, Roberts was determined last summer to bring kids back to the now 92-year-old Ho Mita Koda, which he described as “a world-class camp that just happens to do diabetes very well.” Like other directors of special needs camps, he hears from parents and campers — past and present — that the sense of independence and the friendships made with others who experience life the same way helps inspire the kids to more confidently embrace a future with diabetes.

Olivia Klassen, who lives in the western suburbs of Cleveland, first attended camp in 2019, shortly after she was diagnosed. She and her family were a bit in shock, and she was embarrassed to answer questions about the bag of medical supplies she had to keep with her at all times. Her parents said that, when they picked her up on the last day of camp, she was joyful and determined. She organized a diabetes awareness day at her school a few months later, and now runs Instagram and YouTube accounts dedicated to talking about life with diabetes.

“I do not think Olivia would be where she is today with her diagnosis had it not been for camp,” said Sandi Klassen, her mom. “That was just a huge catalyst in showing her that, first off, you are not alone and that, second, you are capable of doing more than you think you are. It’s life-changing.”